For many of us, we don’t know a world without it. Pepper was the album that defined the Beatles as being in it for the long game. It was as though everyone suddenly came to the realization that the Beatles were a big part of the fabric of the 20th century.

We all know the hits off the album - "When I’m Sixty Four”, “A Day in the Life” and “With a Little Help From My Friends” but upon continual listen - it’s the deep tracks that become more and more compelling; George Harrison’s “Within Without You” was like adding a new spice to your diet, “Being for the Benefit of Mr. Kite!” sounds like you’re taking a trip and “She’s Leaving Home” brought old and young together and prepared them for change.

Classic Albums Live will be honoring the Sgt. Pepper album with a ‘note for note - cut for cut’ performance featuring 16 of the world’s best musicians. Every detail of the album will be performed with precision and grace, from the sitars and orchestra to the guitars and kazoos, Classic Albums Live will deliver a performance
that brings 50 years of Beatles’ excellence to thousands of people who grew up alongside the Sgt. Pepper masterpiece. 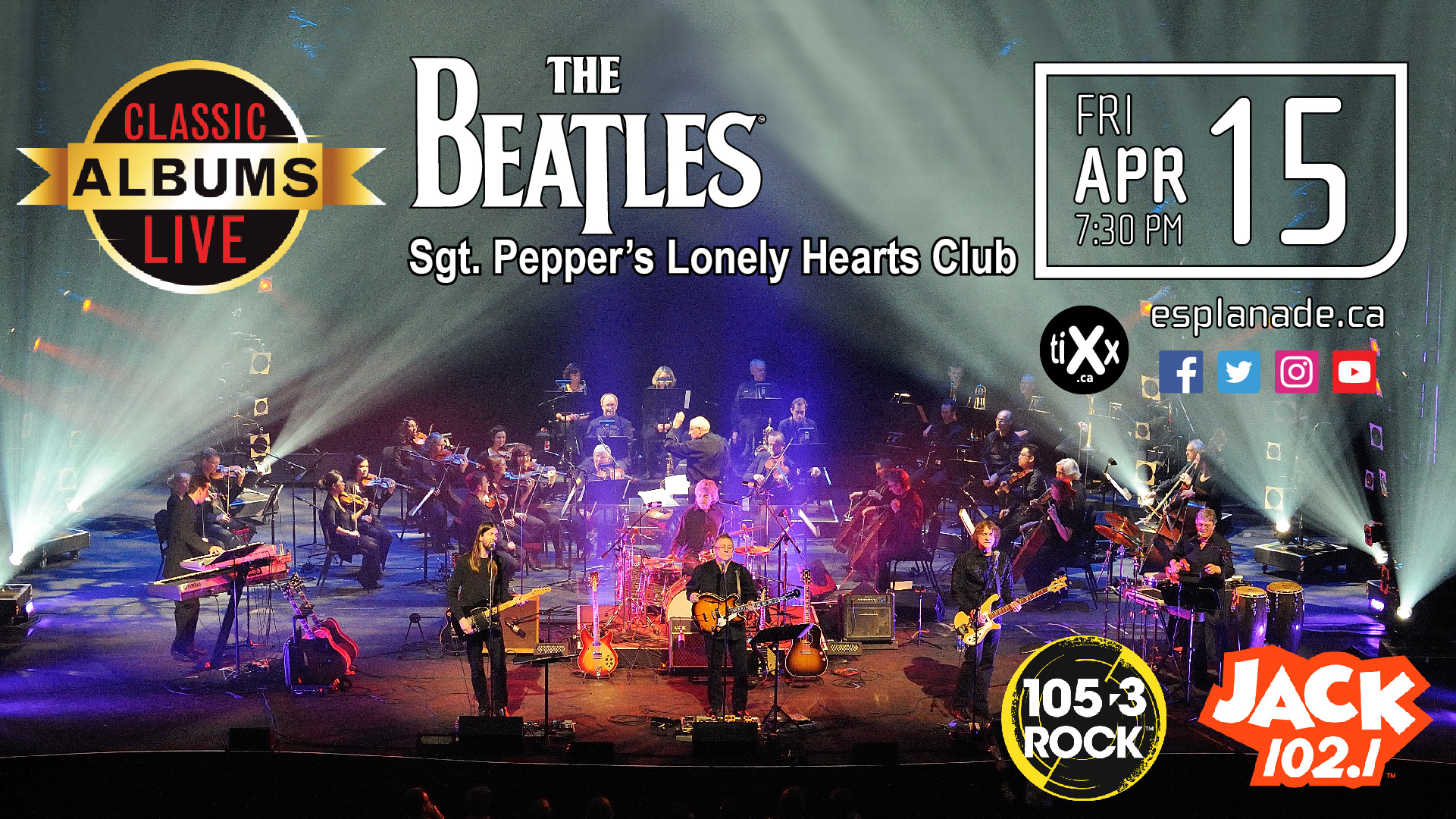