Tebey at The Esplanade

Though he’s been experiencing solid highlights for over a decade, the past three years in particular have seen some of Tebey’s biggest successes to date with three #1 songs as a writer: a US Billboard #1 with Justin Moore’s “SOMEBODY ELSE WILL”; a Canadian #1 with Gord Bamford’s “DIVE BAR” and his first #1 as an artist and writer with his GOLD single “WHO’S GONNA LOVE YOU”, for which he also received a SOCAN award in March 2019. He also co-wrote two additional top 5 radio hits during this timeframe - “DENIM ON DENIM” (certified Platinum) and “GOOD JEANS”. Overall, Tebey has four official top 5 radio singles, five top 10 singles, and four top 20 singles as a recording artist, and his music and videos have amassed over 60 million streams.

As a songwriter, Tebey has earned success on multiple continents with the aforementioned #1 chart toppers; one in the US, one in the UK, and four in Canada. Notable pop artists to have recorded his songs include One Direction, Fifth Harmony, Pixie Lott, Cher and FLO RIDAand no stranger to the country genre, Justin Moore, Big & Rich, Jimmy Rankin, Emerson Drive and many others all released Tebey-penned tunes.

Back on the artists side of things, Over the past six years, three of Tebey’s singles have been noted for their substantial spin count, being named “Most Played Canadian Country Song” of both 2013 and 2014 (Somewhere in the Country and Wake Me Up), and Platinum hit, “DENIM ON DENIM”, was the third highest spinning song of 2018 in this category.Nashville resident and Ontario, Canada native, Tebey, is a platinum selling artist, award winning producer and accomplished songwriter with six #1 songs in his repertoire of hits. His much-mispronounced name (read: TAY-bay) is of Nigerian descent – his father’s birthplace, but Tebey grew up in the small town of Peterborough and went to high school in Burlington. While enjoying simultaneous success on the football field, he and his father made the decision to move to Nashville in his mid-teens to pursue his music career, while his mother stayed back in Canada to care for Tebey’s brother and sister. This bold move paid off when Tebey signed to BNA Records Nashville (RCA Label Group) in 2002. 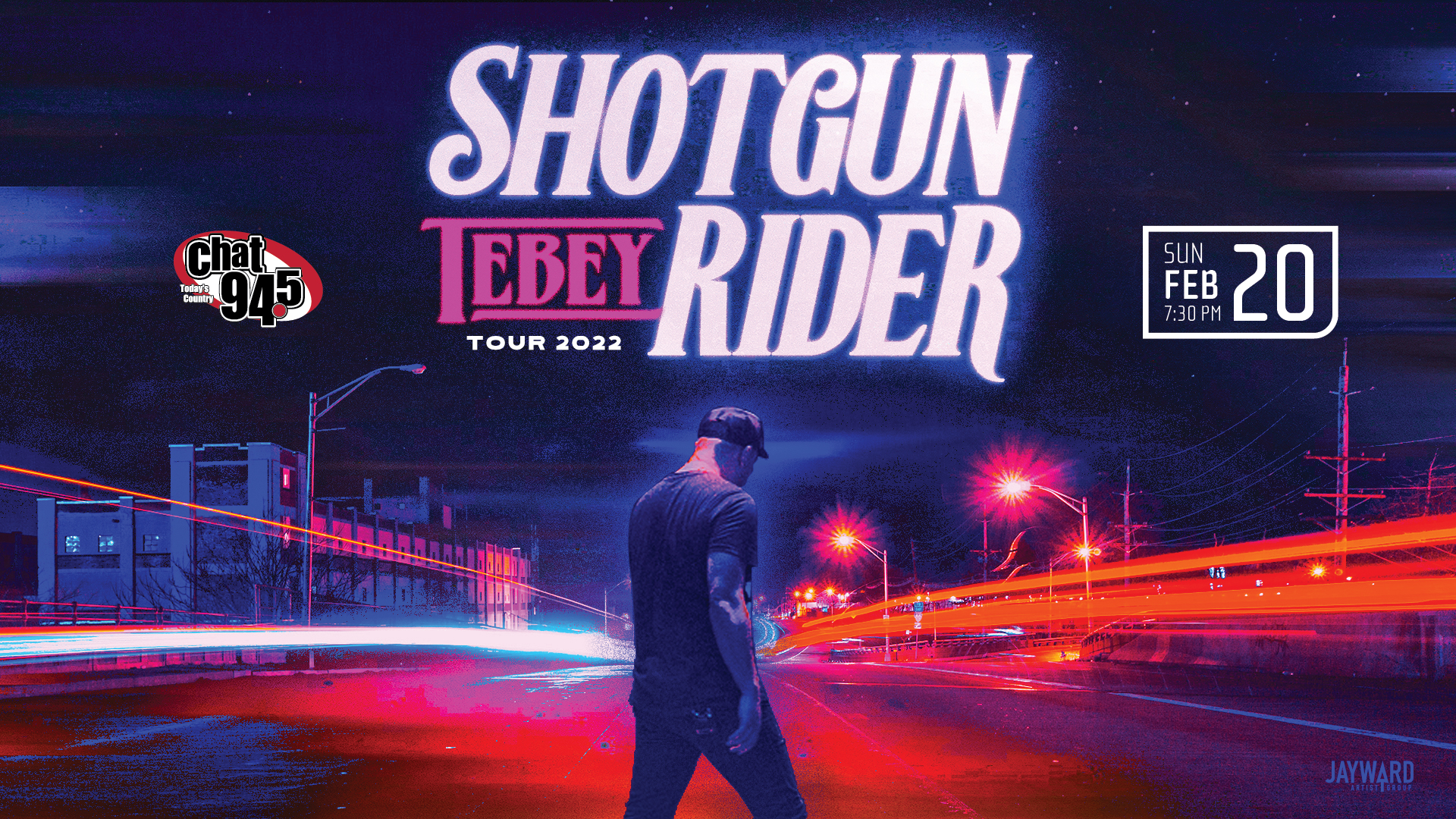