For the first time in history, the THUNDERBUCK IN THE BADLANDS in Medicine Hat, Alberta, has been elevated to PBR (Professional Bull Riders) Canada’s elite Cup Series, bucking into Co-Op Place Oct.16. PBR Canada’s Cup Series regularly features Canada’s best riders alongside some of the league’s top international athletes, squaring off against the rankest bucking bulls from across the nation.

Fans will witness exhilarating 8-second rides and wrecks throughout the action-packed event as the PBR’s courageous bull-riding athletes face off against their 2,000-pound opponents. Televised on the TSN family of channels, PBR Canada’s Cup Series is also seen internationally via RidePass, the league’s western sports digital network.

“We were originally slated the host the Touring Pro Division, but after the PBR saw the overwhelming support of the community in 2019, and the superb production caliber of the event, asked us to elevate the Thunderbuck in the Badlands PBR to the tremendously popular Canada Cup Series. ” said Lorelle Halderman, Owner of Blazing Brand Marketing & Productions and organizer of the Thunderbuck in the Badlands PBR. “We are thrilled to bring the Medicine Hat community Canada’s premier professional bull riding series and look forward to growing the event in the seasons to come.”

In 2020, PBR Canada’ Cup Series held two sold-out events in both Calgary and Lethbridge, Alberta prior to the onset of the COVID-19 (coronavirus) pandemic. Following a 138-day hiatus from competition, the league championed the return of fan-attended professional sporting events in Canada, when the Canadian Cup Series held a double-header in Lethbridge on July 23. While the first event was made-for-TV, the later welcomed fans in a unique drive-in format. 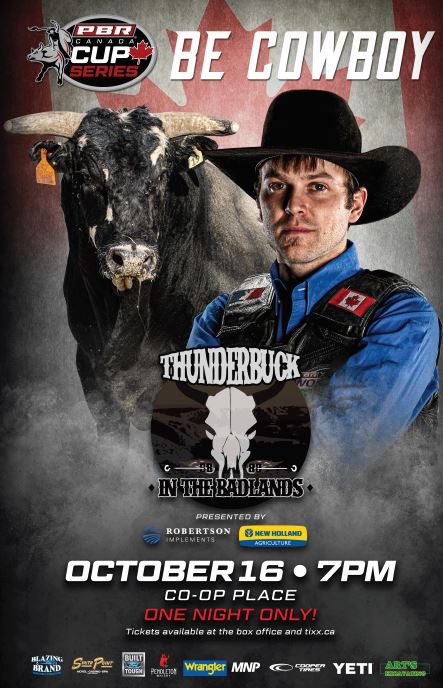