For one week in the summer, artists are invited from all over the world to perform in a range of extraordinary venues around Medicine Hat.

In 1997, the Medicine Hat Jazz Society, then in its seventh year, hosted a festival that featured seven Canadian jazz musicians. Over a quarter century later, artists are invited from all over the world to perform in a range of extraordinary venues around Medicine Hat for one week in the summer.

JazzFest has invited artists to perform on the rooftop of the parkade that overlooks Medicine Hat’s Historic Downtown and inside an aircraft hangar at the Medicine Hat Regional Airport. Coffee shops, breweries, bars, and eateries all embrace a jazz band or two, and as they play their music, people sit and dance with loved-ones and strangers enjoying the day as the upbeat music brings life to the atmosphere.

“I’ve often compared JazzFest to a campfire,” says Rebbeck. “We’re all sitting together for the fire, but what do we remember about the night? We remember the conversations we’ve had, and the friendships we’ve made. JazzFest is the campfire — we all gather for the music, but the experience is the dancing, connecting, and all other moments we take home with us.”

For the month of June, the city is decorated with JazzFest posters, banners, billboards, and brochures. During the week of the festival, bars and eateries showcase live music and play jazz on their speakers. There is an energetic buzz that descends onto the city for a whole month, and soon enough, musicians drive and fly to the city to spend their days performing and fancying the entertainment themselves.

“This festival is entirely about bringing joy and good experiences to people, and the energy the festival creates lingers. It’s transformative. You see life in a different way — you appreciate your city, your neighbours and friends,” says Rebbeck. “We’ve really coined the phrase ‘You don’t have to be a jazz fan to be a fan of JazzFest’.”

The festival invites anyone to experience the live and live-streamed entertainment. The Medicine Hat festival is a part of the Jazz Festivals Canada Network, which includes other cities like Victoria, Vancouver, Toronto, Montreal, Halifax, and many more.

“Because we’re a smaller city, the venues are a lot more intimate, where you’re arm’s length from the instruments. The venues are also closer together, so people can walk from one place to another. You might even walk down the street and say hi to one of the artists sitting on a patio. There’s just this closeness that makes the festival really unique to our city.”

When it comes to planning the event, Rebbeck and Cheryl-Lynn Whyte work throughout the year to book venues and artists. As the week starts arriving, the two work with a committee of seven to 10 people and have approximately 100 volunteers while the festival runs. When JazzFest went virtual in 2021, the performances reached an audience from as far away as Cuba, Australia, Poland, Europe, and the United States.

“JazzFest is for everyone. It's not just for jazz fans. Certainly, if you're a jazz fan, we have some of the best players in the world,” says Rebbeck. “But if you’re walking down the street in New Orleans or New York City and you hear live jazz playing, you may stop in and listen. Chances are, you may go in and watch no matter your musical tastes. Then you go home and talk about this incredible experience you had. We bring those same artists to Medicine Hat, the ones you hear in New Orleans, New York, and all other cities around the world — they perform here and bring this lively atmosphere to Medicine Hat.” 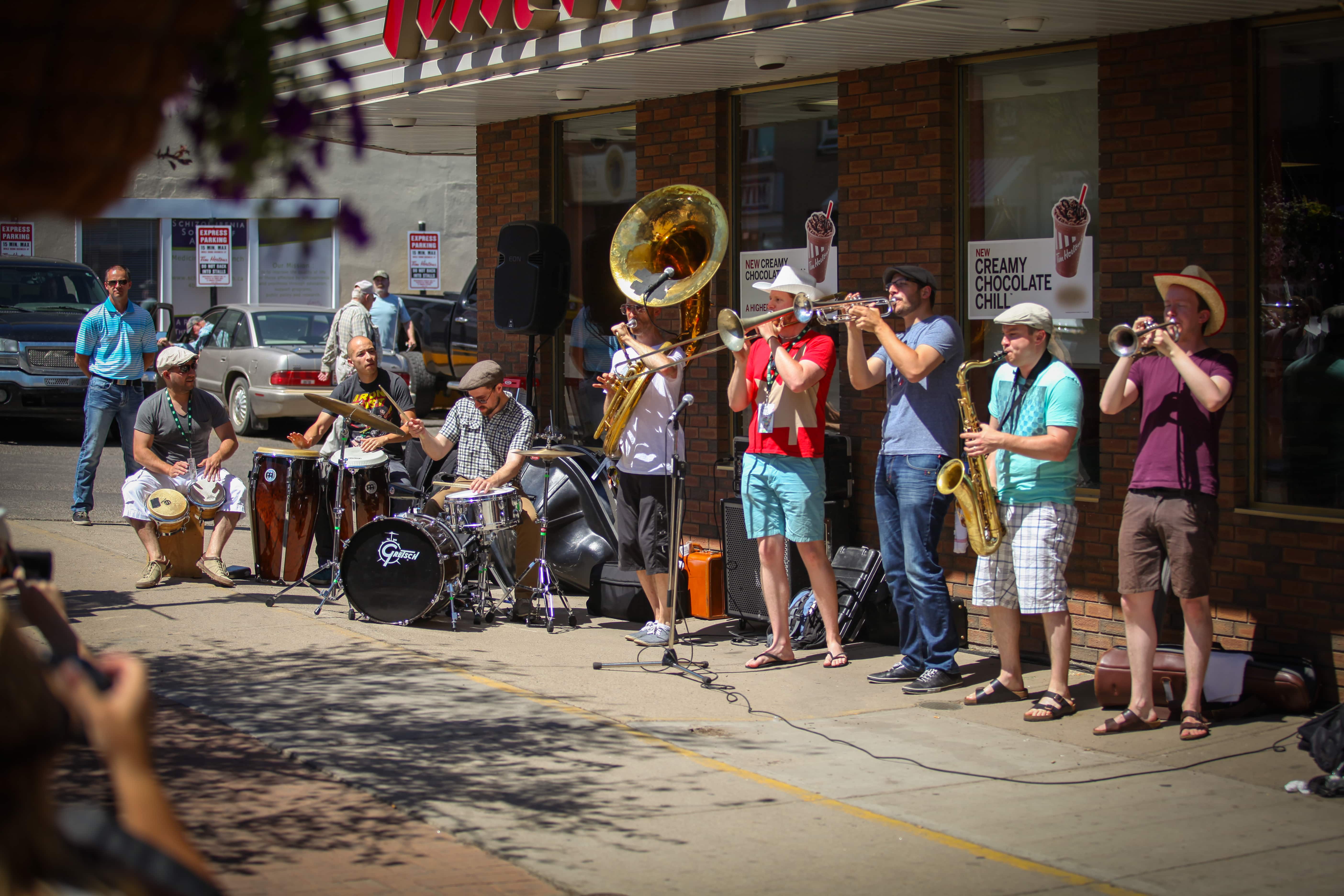 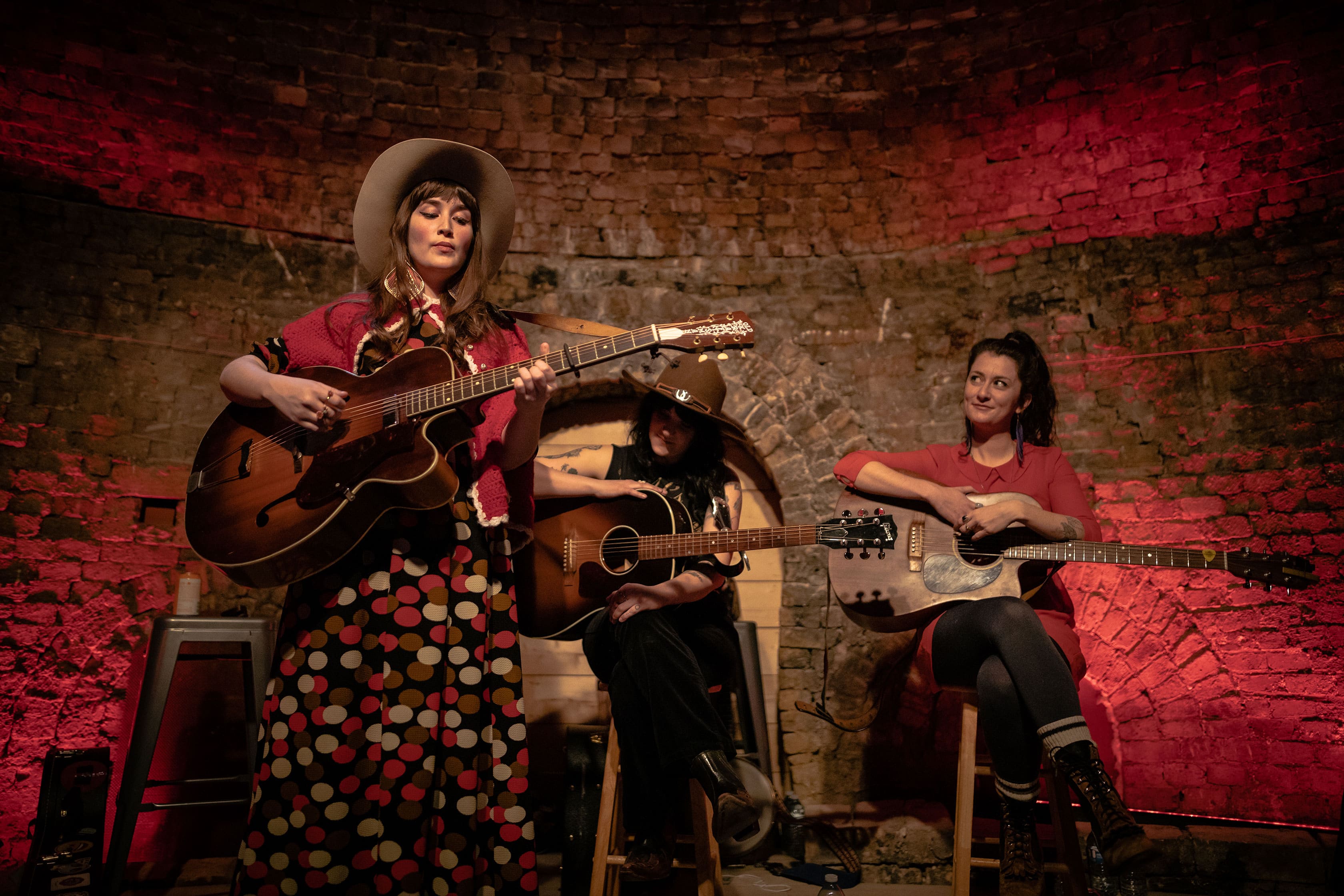 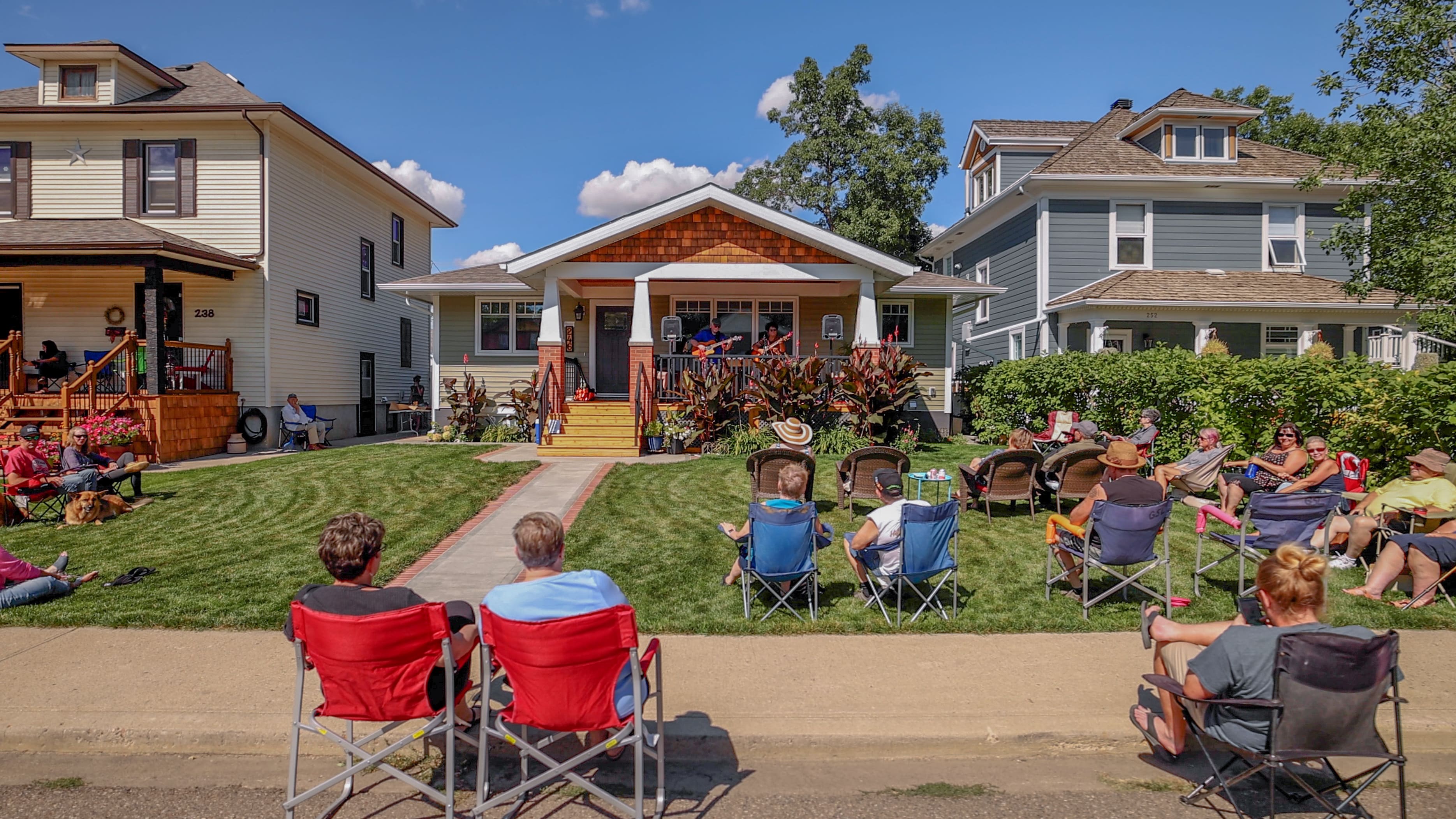