Whether blue skies or grey, Disc Golf is here to stay and bring a smile to your face.

Disc golf has been an up and coming sport in Medicine Hat over the last two years and can be played year-round in three Medicine Hat parks, Kiwanis Central Park, Gilwell Park, and Leinweber Park.

Disc golf league organizer Jared Ziegenhagel says the accessible and affordable sport encourages players to choose a park and bask in the beautiful nature that surrounds them, while skillfully throwing discs into the chain baskets — like golf, the goal is to land the disc in the basket in the fewest number of throws.

“Medicine Hat is a very easy place to merge disc golf into, because of all the parks. There are so many throughout the city,” says Zeigenhagel. “Right now, all three parks have nine baskets to make a full course, but since Gilwell and Leinweber are so close, you can actually play an 18-basket game.”

Disc golf can be played competitively or casually, with one person, the whole family, or friend group. Recently, glow-in-the-dark discs have introduced themselves into the game, allowing players to perfect their skills after the sun sets.

“I feel the sport captures the essence of what Medicine Hat is — neither are high-intensity and both are very relaxing. I also enjoy that as you play, you’re going for a walk,” says Jake Knodel, owner of Station Coffee Company, sponsor to the disc golf league, and avid disc golf player.

No appointment is needed to play disc golf in the parks, and disc golf sets can be found at Gravity Sports, Sport Connection, and Games and Galore in the Medicine Hat Mall. 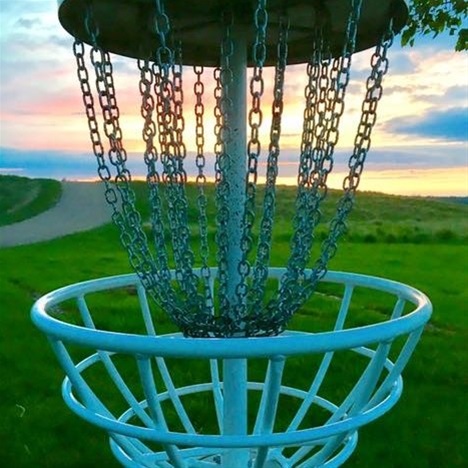 Have a need for speed? Check out the Medicine Hat Speedway this summer!

Surrounded by coulees, wildlife, and water, The Great Big Paddle will lead you to the most beautiful parts of the South Saskatchewan River.