From building a tent trailer crank, to booking dentist appointments, the Visitor Information Centre in Medicine Hat is a always a friendly place to stop at!

A woman was traveling alone with her son when the crank on her tent trailer broke. She endlessly called mechanic shops in Medicine Hat to find a replacement but eventually came to a loss. With plans to drive from British Columbia to Ontario, she stopped at the Medicine Hat Visitor Information Centre for help, in hopes she and her son could continue their road trip.

Sunshine ambassador Kerri Schatz called people she knew in the industry to find a crank in stock, but when her friend at Four Seasons said there wasn’t any, he offered to build one after his work day.

“It’s kind, and I would expect the same for someone to do it for me. That’s our favourite thing to do here, be friendly and helpful.” - Nancy Beatch

Friday morning, Schatz drove to the visitor’s hotel to drop off the newly-built crank.

“Before I left, she gave me a big hug, and she and her son took off to Ontario that Friday. She was really happy; she was almost in tears over the phone when I told her my friend could make one for her,” she says.

The motivation to go above and beyond lives in each person who works at the Visitor Information Centre. When a woman couldn’t find her hotel, Sandra Hardy jumped in her vehicle to lead the way. When they arrived at the woman’s accommodations, the embarrassment, anxiety, and frustration quickly left her body and she thanked Hardy with a big hug.

“I’ve had strangers help me in situations where I’ve never expected it, and I feel like paying it forward in any way possible,” says Hardy. “I always want to go above and beyond, because it makes a huge impact on them, and it makes an impact on me — I remember those interactions, and it makes me feel good at the end of the day.”

Mo Cranker was working when a man came in and asked for dentist offices in the city. His wife was in agonizing pain and needed a tooth pulled, but they were traveling from America and didn’t have cell phone service.

Cranker called offices around the city and found an opening to book an appointment. The couple came back a few hours later and the man said his wife was passed out in the car from getting the tooth pulled.

“He was extremely thankful,” says Cranker. “I think we’ve all been somewhere without cell phone service in a different city or town and needed help, and I had the resources to help them.”

Two women stopped at the Visitor Information Centre to use the washroom. After they’d driven to Saskatchewan, they called the Centre to ask about a forgotten purse and wallet. Abby Czibere was working that day and found the personal items.

Czibere remembered Nancy Beatch, her co-worker, was driving to Saskatchewan to drop off Medicine Hat Experience Guides and maps the same day, so Beatch picked up the purse and wallet before she hopped onto the Trans-Canada Highway, and the woman had her personal items the next morning.

“I gave her her things, and everybody had group hugs. Both women were so appreciative,” says Beatch. “It’s kind, and I would expect the same for someone to do it for me. That’s our favourite thing to do here, be friendly and helpful.”

Rotary of Medicine Hat uses the outdoor space at the Visitor Information Centre for gathering events, and then stops at the Saamis Tepee to read stories about aspects of Indigenous history.

In the summer, Brenda Mercer shared her time being a sunshine ambassador at the Visitor Information Centre, whose artwork can also be found in the gift shop area. During her time, she offered Tepee Talks to visitors who were intrigued in learning more about Indigenous history and culture in the area.

“Since I’ve been here, I’ve met so many wonderful people. I’ve made some new friends from different countries,” says Mercer. “I want people to explore Indigenous culture, and it touches me to think something I made is going to be in places like England, and they’re going to take it back and tell their family and friends about what I’ve shared with them.” 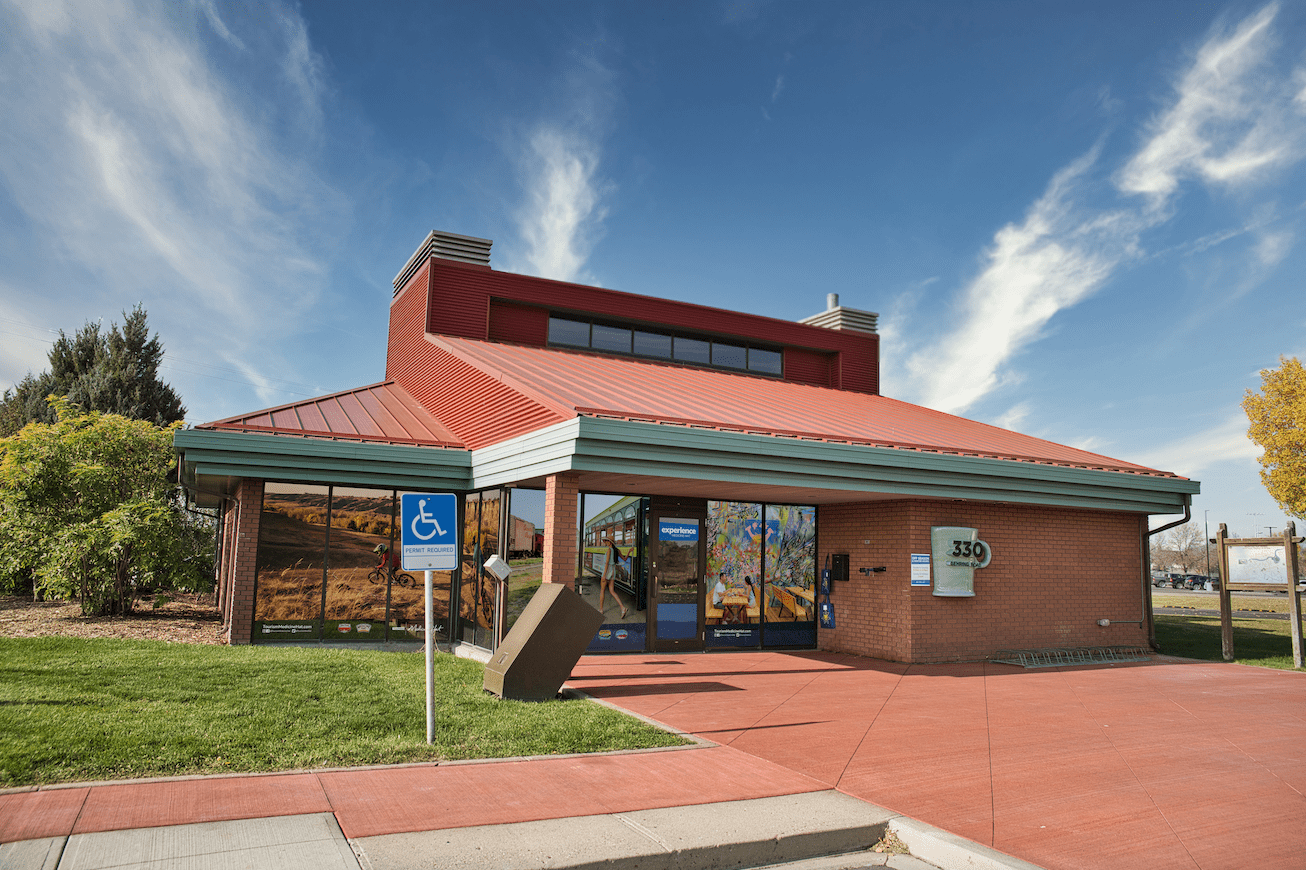 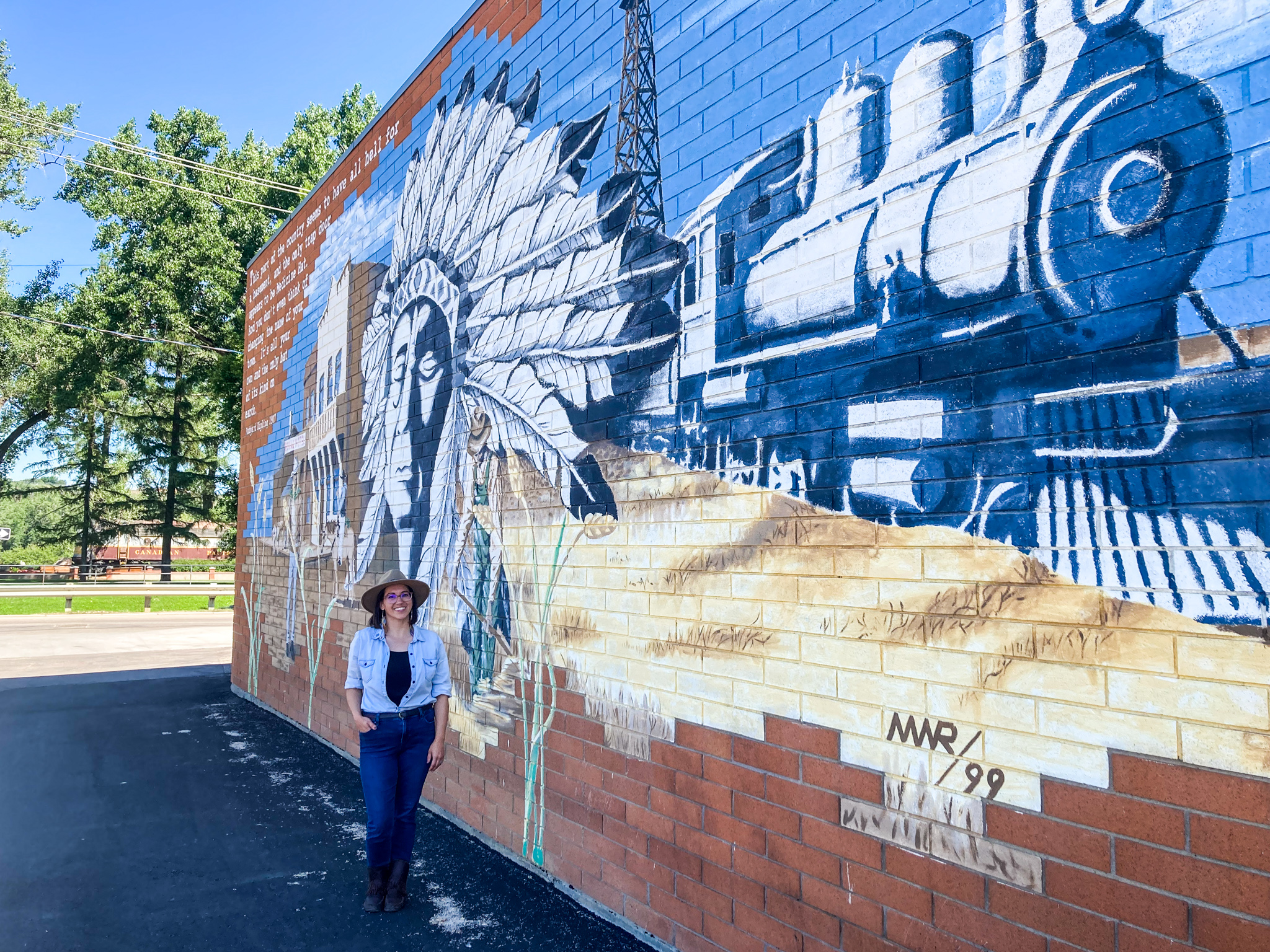 JoLynn Parenteau, from the big to small city

JoLynn Parenteau was immediately warmly welcomed to the community of Medicine Hat when she moved in 2018. 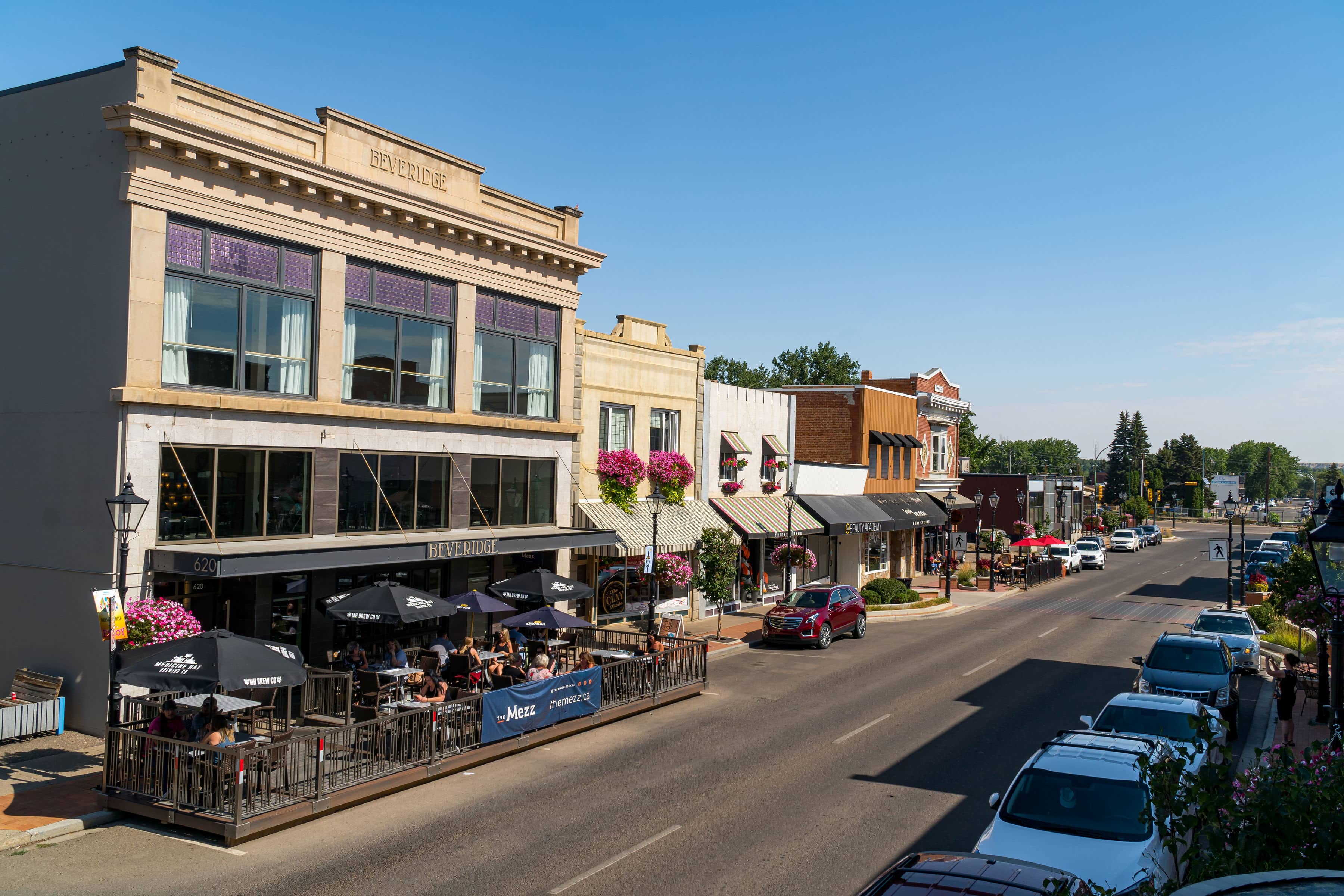 Experience Airbnb in the heart of Medicine Hat.