The 1917 Medicine Hat Exhibition and Stampede

The phrase, “Turn ‘er Loose” for those unfamiliar with a rodeo is a colloquial expression often used by a cowboy or bronc rider immediately before the bucking chute is opened or in earlier times when the horse, having being held down by other cowboys, is mounted by the cowboy and is given as a signal to “let” the horse go, in order for it to be ridden.

In early 1916, the Department of National Defense discontinued the military training of “mounted” rifle regiments, as horses no longer served a useful purpose on the battlefield. The Exhibition Grounds in Medicine Hat, which previously had been used for this type of training, was abandoned, leaving behind a number of buildings including horse barns and horse stalls, which had the capacity of accommodating over 500 horses.

With the facility being available, the idea of re-establishing the annual Exhibition in 1917 was discussed openly and it became the “talk” of the town with many prominent businessmen and ranchers promoting the idea. One of the most unlikely proponents and one of the first to mention the holding of a “Stampede” in connection with the Agricultural Fair was the parish priest at St Patrick’s Church, Father O’Mara. In an uncharacteristic letter to the editor of the Medicine Hat News, he argued in an emphatic and quite convincing fashion, for the need for a Stampede in order to bring people together and to celebrate. He penned the following:

If we are going to aim at having as successful show as possible next year, why not buck up and have a Stampede as one of the features and drawing cards for the 1917 show. Why should Medicine Hat not have the very best Stampede in the West. Bear in mind that Medicine Hat invented the “Stampede” as far as the West is concerned. Pity while we were smart enough to invent the Stampede we were too slow in taking out a patent for the invention.

The passionate letter appeared to attract attention and another clergyman, The Reverend John Morrow, Minister of St. John’s Presbyterian Church, took up the cause and at a public meeting held to discuss the matter emphasized in an address to the gathering, the need or importance of having a Stampede in conjunction with the Agricultural Fair. His plea struck a responsive chord. From that time on, any reference to a competition involving cowboys and their horses in Medicine Hat was known as a “Stampede” and the use of the generic term “rodeo” fell into disfavour.

A Special Meeting was held in January 1917 with a large and enthusiastic group of citizens and a Stampede Committee was formed with the stated objective of “having the greatest Stampede in Western Canada”.

After months of work by one of the largest volunteer groups ever assembled in Medicine Hat, Stampede week started on July 9th, 1917.

A Stampede parade and Stampede Queen contest and open-air street dances and more formal galas became part of the festivities.

“Turn ‘er Loose” became the marketing theme for the Stampede showing up on posters, banners and bumper stickers and by any standard, the first Medicine Hat Exhibition and Stampede was a tremendous success and by some accounts had put a similar event in Calgary “to shame”.

With Medicine Hat only having a population of 10,000, over 29,000 people paid to attend the four Stampede performances and its obvious success financially and otherwise proved to be the cornerstone for the current Medicine Hat Exhibition and Stampede, which continues on in similar fashion today but on a much grander scale. 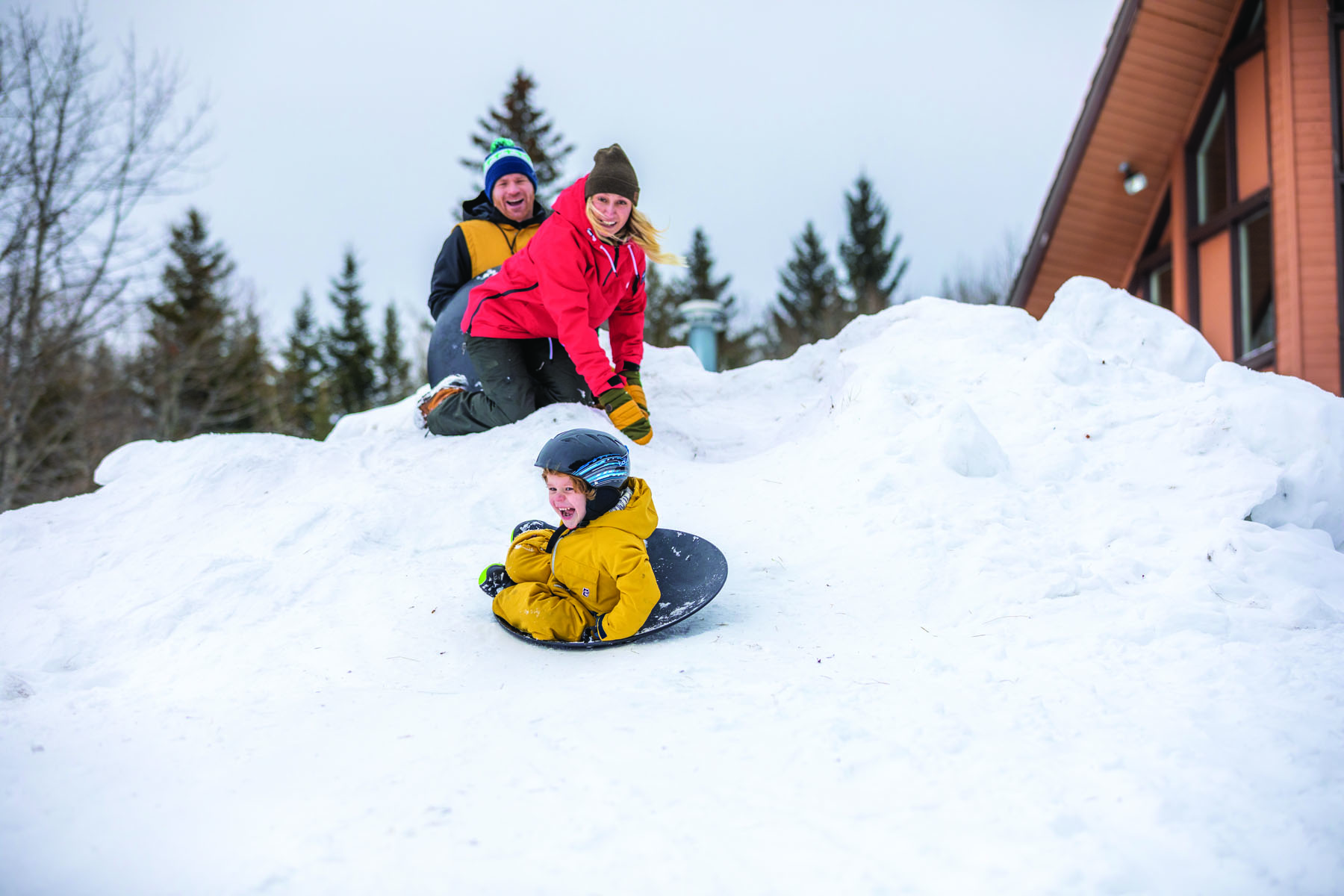 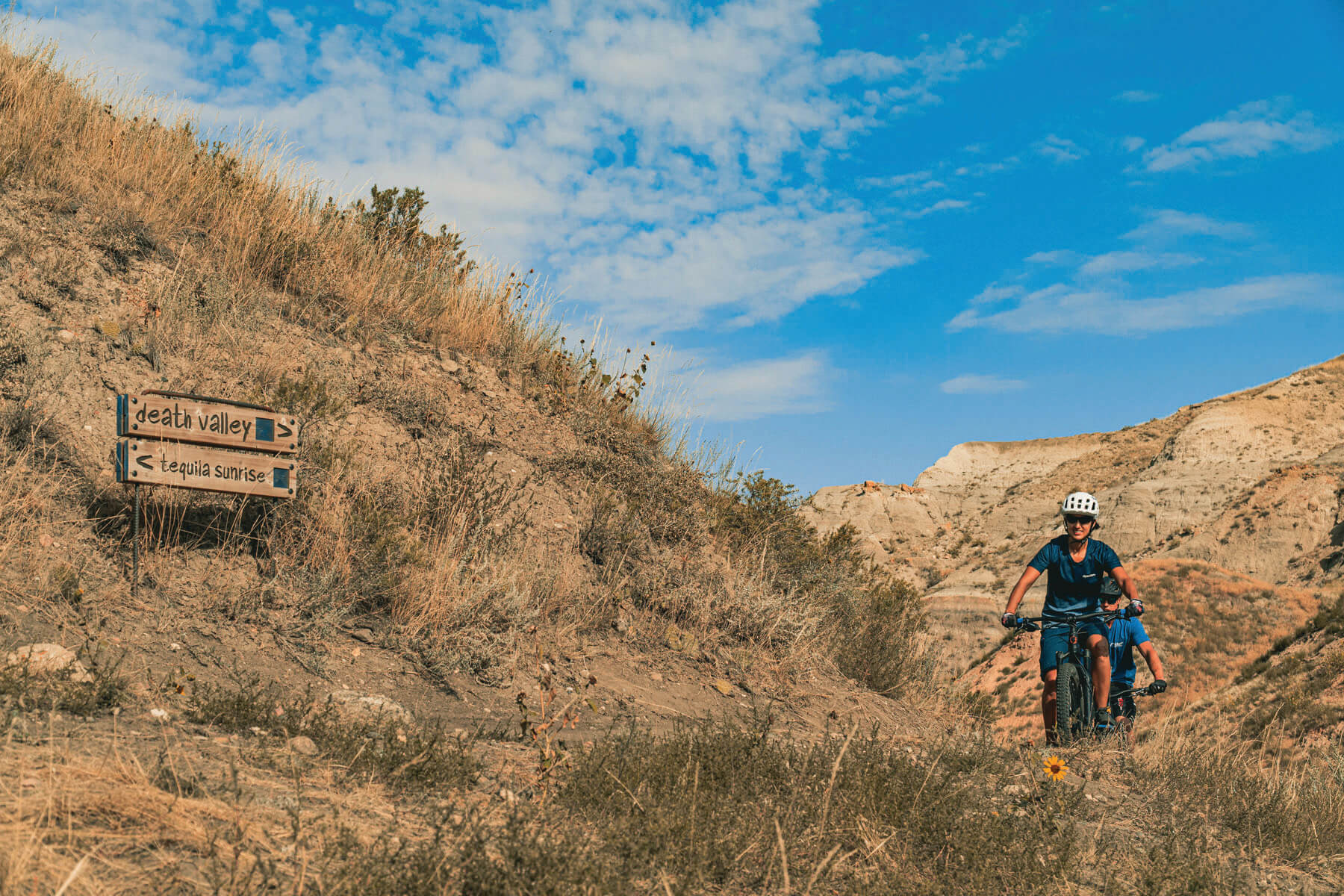 Fueled with donuts and coffee the day begins navigating on two wheels amongst rugged prehistoric terrain of the river coulee. 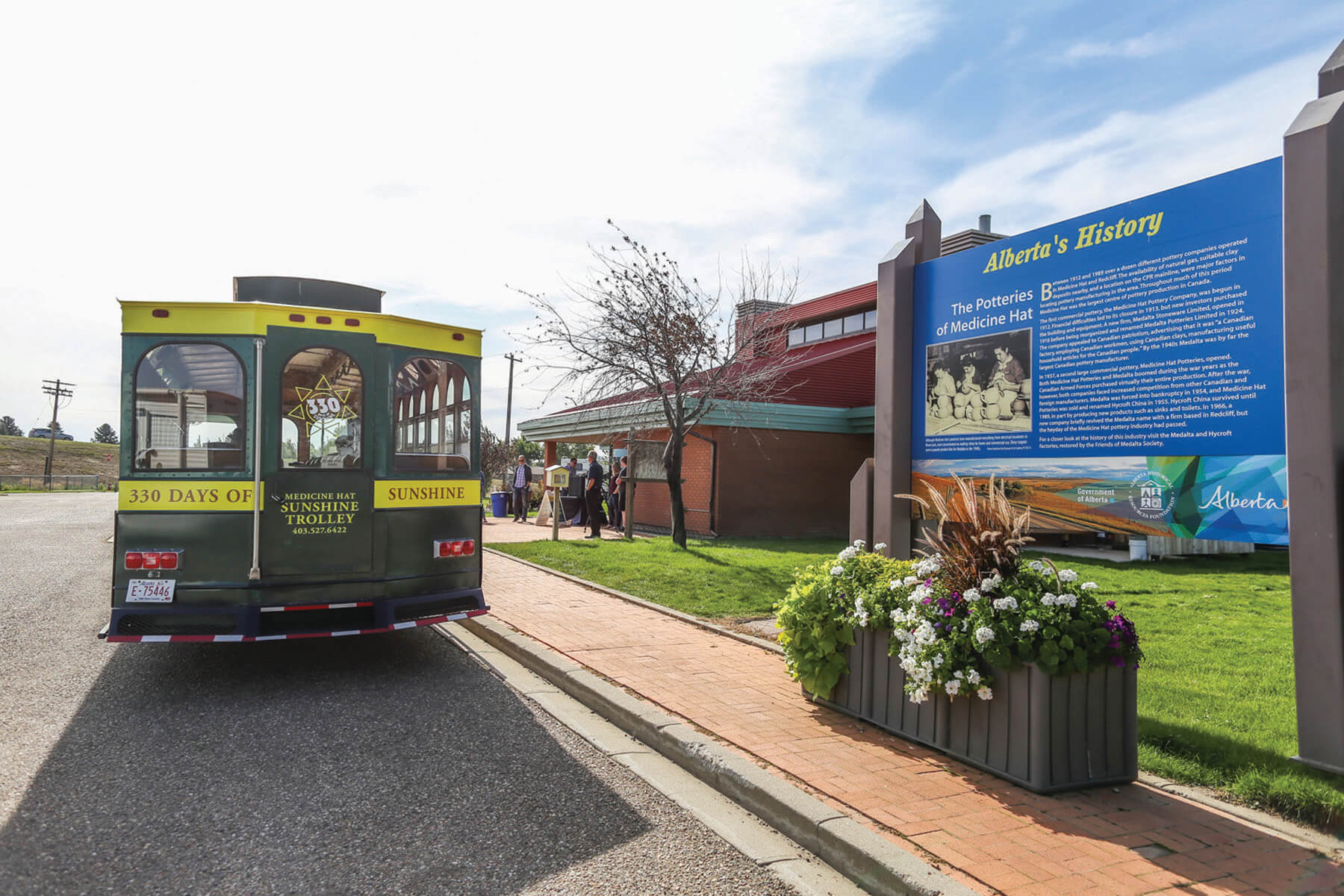 Sunshine Trolley tours are finished for the year. Thank you to everyone who rode this year!